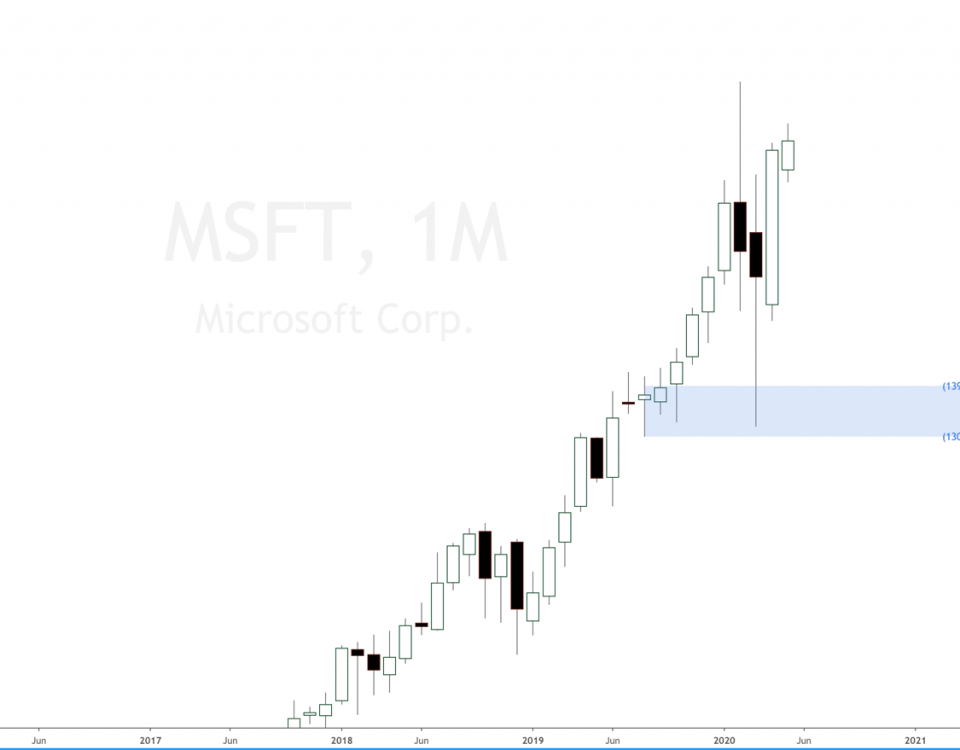 As explained in a previous supply and demand stock forecast for Microsoft Corp (NASDAQ: MSFT), we were expecting the price to pull back to a strong imbalance around $139 per share, and that’s what it has been doing for more than two months since that price level was reached last March 2020.

Microsoft Corp (NASDAQ: MSFT) is uptrending. Suppose you are unaware of these imbalances in the bigger timeframes. In that case, you will probably be selling short shares of Microsoft stock or using bearish option strategies that will end as losses for the same reason.

An image is worth a thousand words, so it’s better to look at the updated Microsoft stock supply and demand technical analysis and forecast in the screenshot below, representing the monthly timeframe.

I’ve also recorded a video analysis update for Microsoft stock; watch it below if you have a few minutes to spare.

There are many news and fundamental analyses you could read about Microsoft stock. Will it matter when it comes to making a trading decision? Not really! I could show you hundreds of examples where you will see that fundamental analysis was priced in the underlying stock price. A strong imbalance just took control, and the price moved with it disregarding any fundamental analysis.

Would it matter if Microsoft Corp said it would create its first data centre region in Italy under a $1.5 billion investment plan as the U.S. company expands its cloud computing services to more locations worldwide?

Last week, Microsoft’s rival Amazon Web Services opened a data centre region in Milan. In March, Google Inc sealed a partnership with former phone monopoly Telecom Italia to expand cloud business operations in Italy. Analysts expect the Italian cloud market to grow at a double-digit pace in the next few years as companies. Will this help Microsoft? Most likely. But it has nothing to do with where and how supply and demand imbalances are created. 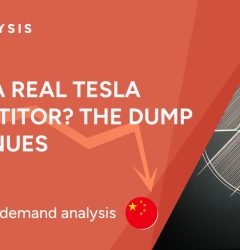 Is Nio stock a real Tesla competitor? The Chinese stock continues to tank 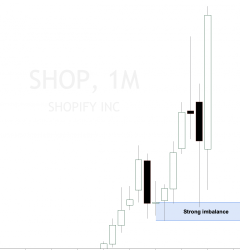 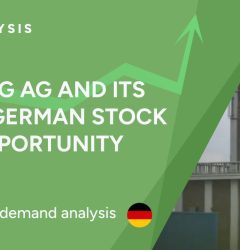