USDNOK is in a clear uptrend creating and respecting weekly and daily imbalances, eliminating supply zones. In such an scenario we are only allowed to take long opportunities.

Previous demand levels at 8.47 and 8.15 are playing out nicely, there were two other daily demand levels where price did not retrace. There are new daily and weekly demand zones created in a clear long bias.

The US Dollar / Norwegian Krone is the most popular cross pair to trade the Norwegian currency. The price of the Krone is influenced by changes in interest rates and oil prices. The pair saw a lot of volatility between 2002 and 2008 because of the changes in oil prices and the global financial crisis. Norway’s economy largely benefits from trade, and a lot of that trade is done with the UK and the Euro-zone. Therefore, the Krone is significantly affected by changes in those economies.

With Crude Oil CL and Brent dropping strongly and creating new supply levels, the Crude Oil price is affecting the Norwegian economy, this is helping the USD/NOK cross pair to rally. A strong US dollar and a weak Norwegian crown with new demand levels being created in a clear uptrend. 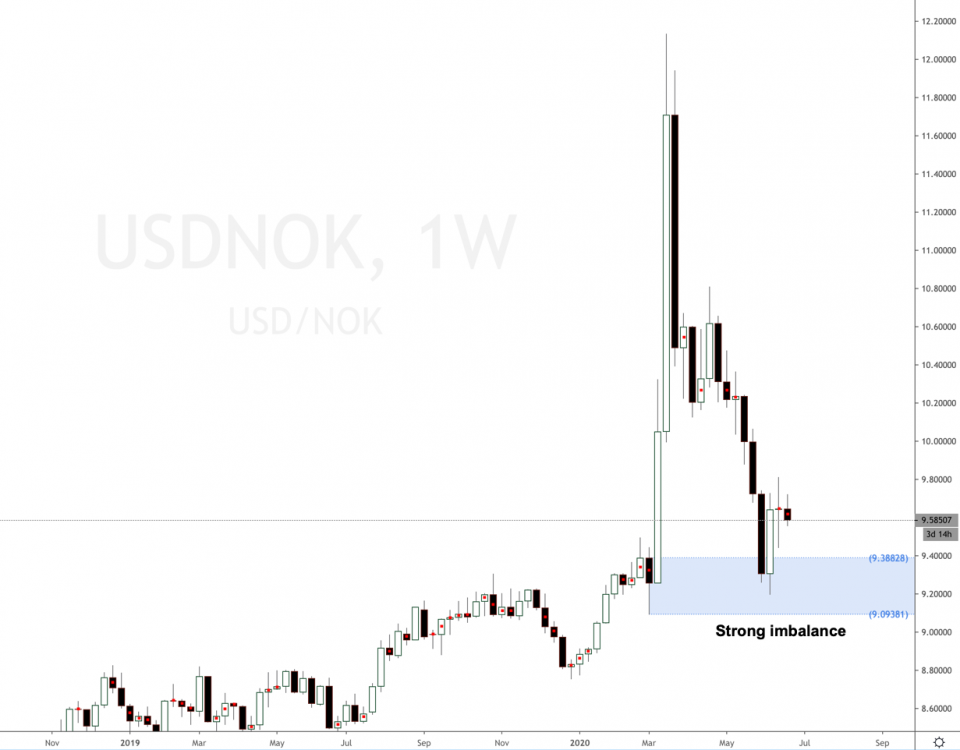 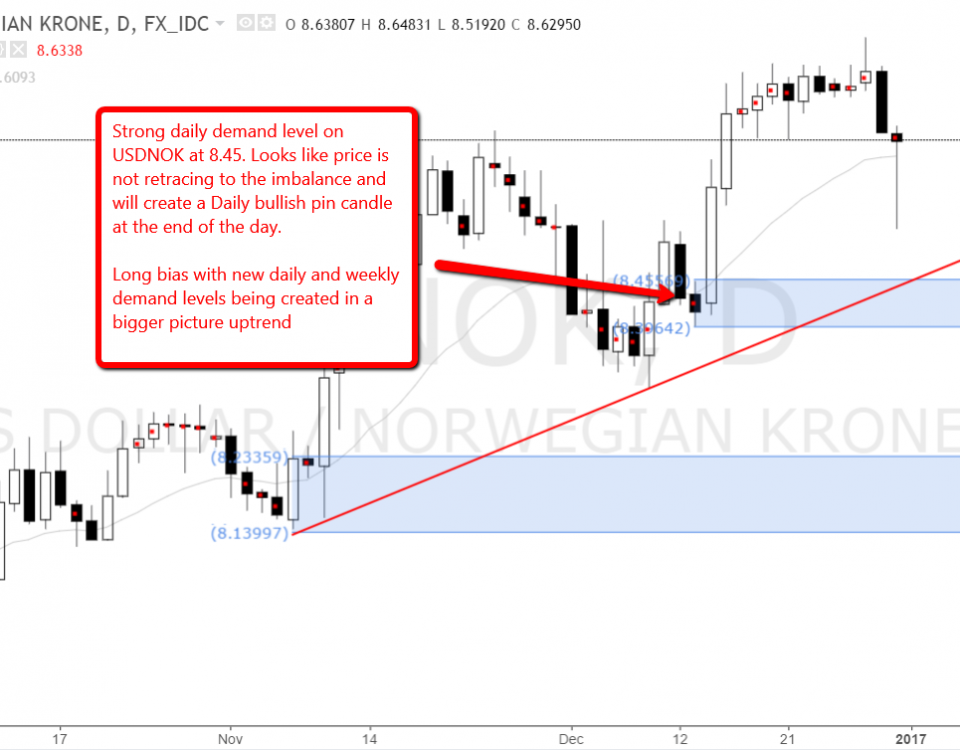