EURNOK Forex cross pair (Euro versus Norwegian Krone) has broken all-time high again after months. EURNOK is trying to recover from the worst drop it had in a few decades by creating new daily demand imbalances like the one you will see lower in this forex analysis.

As explained in previous EURNOK forex cross pair analysis, we discussed the reasons why Norway’s Krone suffered the worst drop in half a century. Our supply and demand Forex analysis told us that a strong imbalance was in the making and that going long after such a strong rally was not allowed, we had to wait for a pullback. As short term traders, you will be able to sell EURNOK forex cross pair on the way down, but as long term investors longs are the way to go. This is why we called this new imbalance in the forex trading community a few days ago. It’s been playing out nicely.

As expected, EURNOK is trying to drop all the way down to the origin of the more at the daily demand level around 10.48 and it’s provided us with a nice setup. We still have a bullish bias, we are waiting for new imbalances though.

Norway is an important Oil producer, low costs of Crude Oil must have impacted on Norway’s economy and helped EURNOK forex cross to rally so strong and so high, the strongest drop of Norwegian Krone in decades.

If you want to learn how to trade forex pairs you can visit our FX course page. 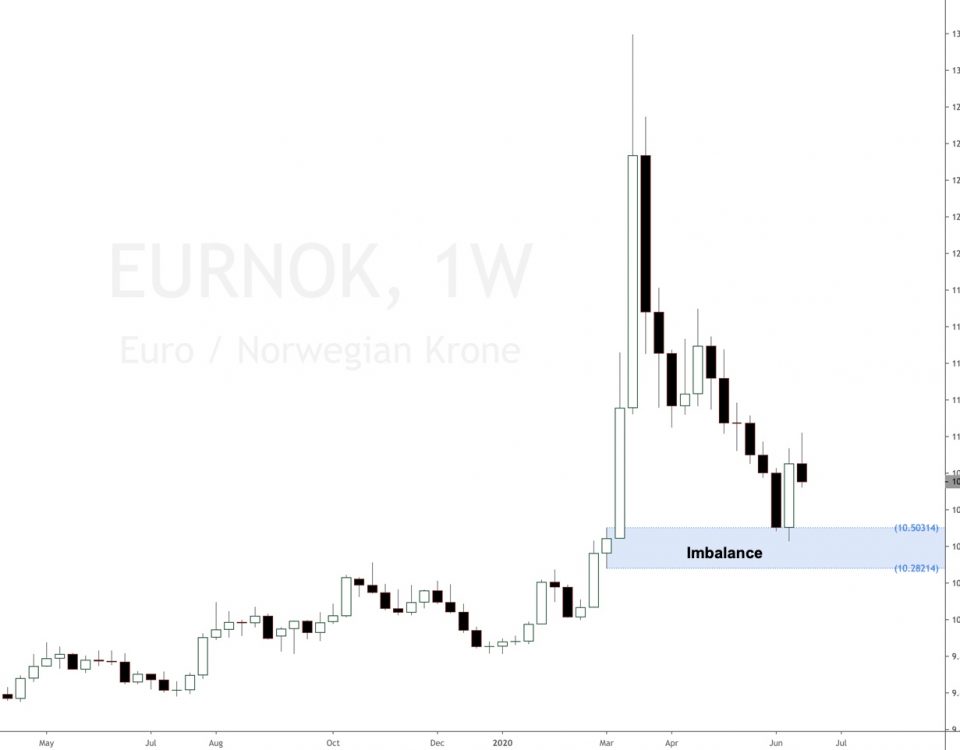 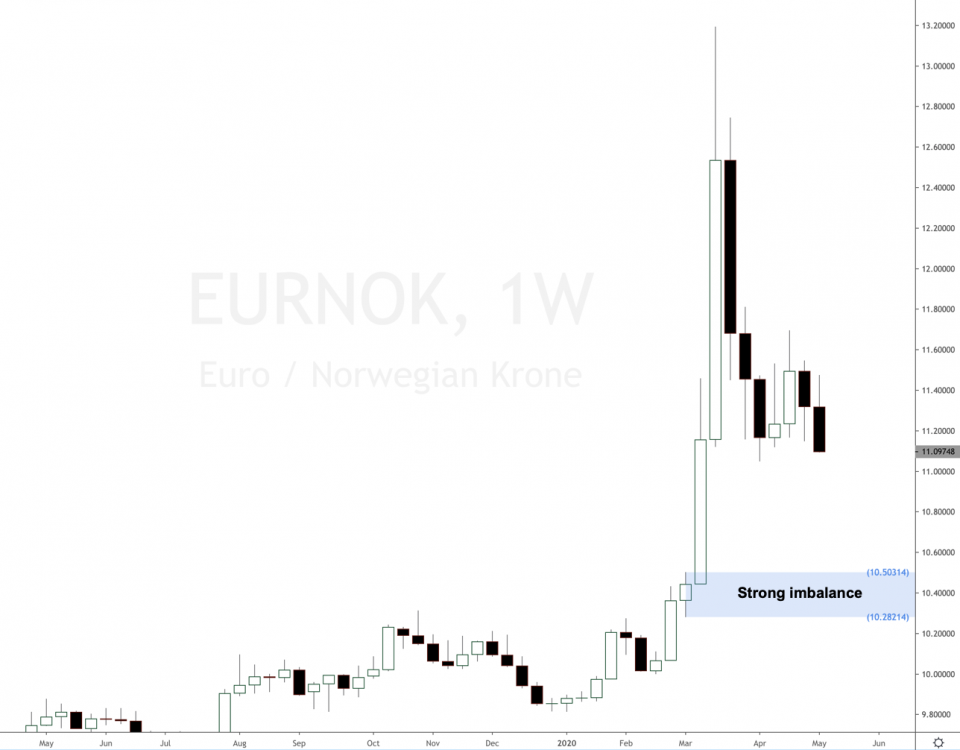 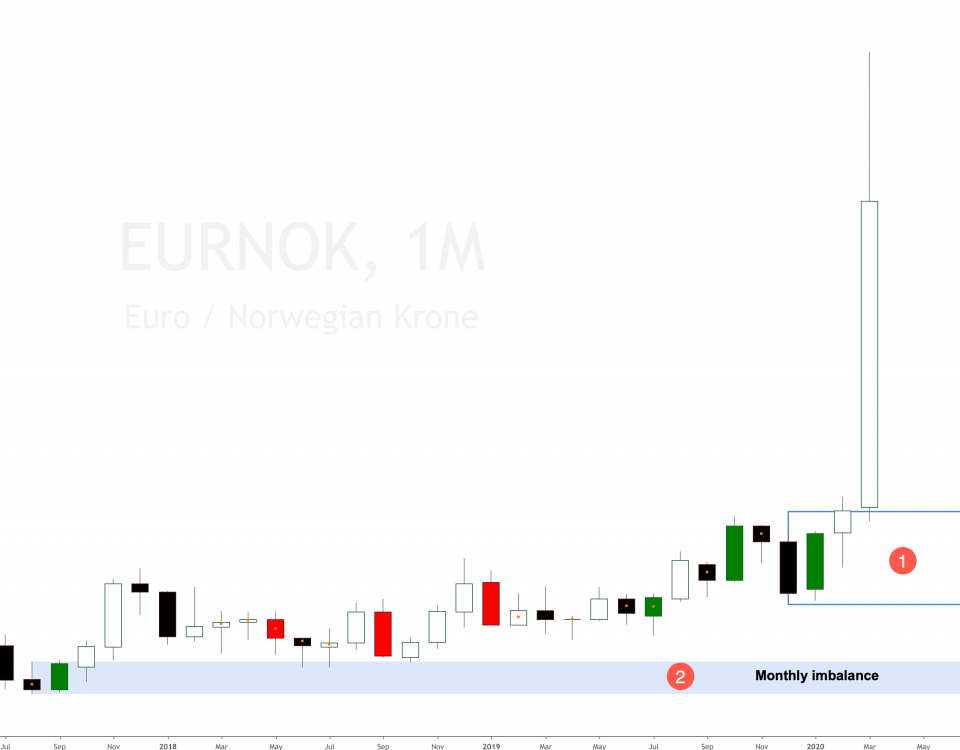