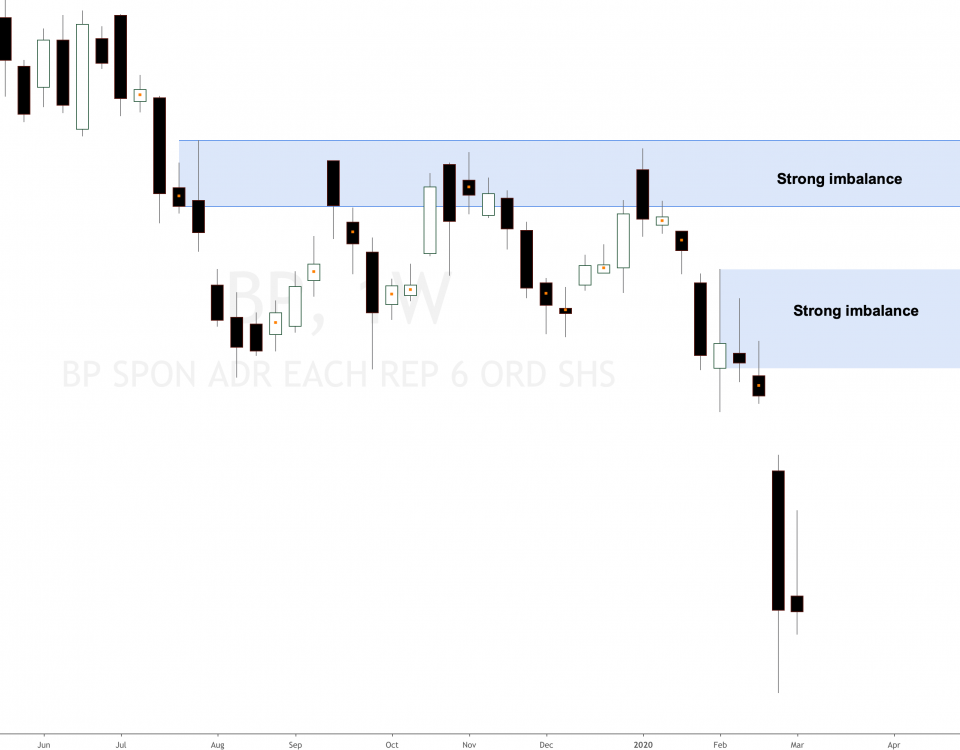 British Petroleum is obviously highly correlated with Light Crude Oil and Brent Oil, if Oil is dropping strongly as it’s been doing for several months, British Petroleum and most oil related stocks will experience short sell offs since their production costs are being the same but the oil barrel is being sold for much less dollars.

The collapse in crude oil prices has brought into relief the correlation between oil majors’ financial leverage and the valuation of their shares. It’s a relationship that looks like particularly bad news for the bigger European oil producer firms.

Let’s take a look at British Petroleum weekly timeframe analysis below. You can see a couple of weekly imbalances, the latter around $35.90 per share is being formed and looks pretty strong. We can see how a similar imbalances a little bit higher around $38.98 is playing out nicely.

As supply and demand traders, we should not care much if Oil plunges after fails to reach a deal, or the existing oil wars and fights existing between Opec, Russia, Arab countries and the US. Oil is trading lower after Saudi Arabia slashed crude oil prices, but if we take a look at British Petroleum weekly timeframe we will see that it was the most likely direction the oil related stock could move since we had weekly supply in control and a clear downtrend and bearish bias.

Price action trading is the only non-lagging indicator